C&P is a nationally recognized design firm, registered in 49 states, that brings together a diverse team of planners, architects, engineers, designers, and support staff driven by the goal to understand our clients and their needs and deliver exceptional design solutions. We do more than design buildings - we build brands and stores, interiors and exteriors, places that people experience and remember.

Buildings that define and sustain the communities we live in, the businesses we work in, and the centers we shop in. Our team brings passion, purpose and integrity - elements ingrained in our culture.

Gone are the days of customers running to the mall for all of their shopping needs, retail is ever evolving. Today's consumers are looking for an experience, and our clients are looking to continue to retain a competitive edge in the market.

C&P spans the gamut with our experience when designing restaurant spaces; from fast food through specialty restaurants with international brands, our team will bring your project to fruition. Through the years, we have continued to work on programs for the same clients over and over again.

Grocery is where it all started for C&P. From our very first project in 1978 to a complement of over 1600 grocery projects today, we have the in-house expertise to work on everything from prototype design to extensive roll-out programs that encompass ground up and interior build outs.

C&P approaches each hospitality client and project uniquely to ensure we create innovative and client specific spaces that combine the brand and cultural influences, while maximizing guest experience and meeting operational demands. We address the need for an engaging experience, from indoors to outdoors.

C&P designs places of care focused on understanding our clients' business challenges and how they must merge with strategies to address patient needs. We focus on enhancing the healthcare experience through focused programs, operations, technology, interior design and regional expectations.

Sep 16, 2015
So of the most exceptional people I have ever worked with are at Cuhaci and Peterson. Full review ›

Dear Clients, Vendors and Industry Partners, For more than 40 years, we at Cuhaci & Peterson have been committed to exceeding expectations by transforming ideas into value. This has only been possible because of the trust you have placed in us. As we navigate these uncertain times, our commitment

The Cuhaci & Peterson team will be attending the IMN New Hotel Construction & Development (West), November 14-15, 2019. The conference will be held at the Fairmont Miramar Hotel & Bungalows in Santa Monica, CA. To make an appointment to meet with someone from C&P’s team, please

2019 Retailer of the Year: Walmart Is Reshaping Grocery From the Ground Up

What’s the one thing consumers can’t buy? Time. “Or is it?” Doug McMillon, president and CEO of Walmart Inc., wondered in his message to stockholders this past June. Certainly, most of the innovations that retailers have been furiously pursuing can be said to have been designed

The market for large design firms right now may be the best that it has ever been. Many believe that the market growth, which has continued into its tenth year, cannot last. But people in the industry have been saying that for the past three to four years, and the growth has continued unabated.

Mastercard and Next Retail Concepts have partnered to create a new online shopping experience that allows shoppers to virtually navigate a 3D simulation of a physical store, rather than scrolling through product pages using traditional category tabs and filters, according to a Mastercard press release

Inside Walmart’s Plans to Convert Parking Lots into ‘Town Centers’

Walmart is setting the stage to add town-center-style retail buildings to a dozen or more of its U.S. properties as part of its Walmart Reimagined campaign, which is aimed at reutilizing excess parking space and boosting store traffic. The company is promoting these plans just as other large retailers

The Cuhaci & Peterson team will be attending the Centerbuild Conference, November 27 – 30, 2018. The conference will be held at the Arizona Biltmore, 2400 E Missouri Ave, Phoenix, AZ 85016. To make an appointment to meet with someone from C&P’s team, please email Laura.White@C

Tops, a 56-year-old chain with 169 stores in New York, Pennsylvania and Vermont, filed for bankruptcy late last month following years of mounting debt. Southeastern, which owns more than 600 Winn-Dixie, Harvey’s and BI-LO stores across seven states in the Southeast, announced a refinancing agreement

The news comes six months after the retailer filed for bankruptcy. The company has struggled to pay down nearly $8 billion in debt — much of it dating to a 2005 leveraged buyout — and has had trouble finding a buyer. There were reports earlier this week that Toys R Us had stopped paying its

Currently available in six markets, the Bentonville, Ark.-based mega-retailer’s Online Grocery Delivery service will grow to serve 100-plus metropolitan areas nationwide by the end of 2018. Households will be able to purchase fresh produce, meat, seafood and bakery items, as well as pantry staples

In addition to updating more than 300 stores around the country with elements of its next-generation store design, Target will open approximately 30 stores this year, the majority of which will be small-format stores in urban and dense suburban neighborhoods and near college campuses. Target will open

The Next Big Trend in Industrial

IRVINE, CA—Multi-story warehouse development hasn’t caught on quite yet in the US, but it’s a big trend in some Asian countries that would require an overhaul of 18-wheelers to be fully realized here, says Mike Kendall, executive managing director in Colliers International’

By: Greg Simpson If you’ve been following the conversation lately around online versus brick and mortar (i.e. you haven’t been under a rock) , you might have heard once or perhaps a thousand times that the coveted last mile may be the only thing that stands between us and Amazon world domination

PORT ST. LUCIE, FL – HopCat is set to open in the Sunshine State. BarFly Ventures, the Grand Rapids-based parent company of the growing chain of brewpubs, announced plans for the opening of its Port St. Lucie location, its first in Florida and 15 th overall. Housed in a newly-built building at

Wawa looking for a location in Springfield

The more than 750-store Wawa company, which operates in six states and the District of Columbia, opened its first Florida store in 2012 in Central Florida near SeaWorld. For two years before that, media attention and demand ramped up expectations, and upon opening there was a two-hour wait for Wawa

Grand opening A grand opening celebration was held Jan. 23 for the new Bridgewater Park senior community, which is located next to On Top of the World Communities, Inc. The complex offers an aging-in-place campus, which includes skilled nursing and rehabilitation, assisted living and memory care. Future

Boston, Massachusetts, January 30, 2018 Cuhaci & Peterson Architects, Engineers and Planners announced the firm’s Boston branch will be moving to a new office in the heart of Boston’s financial district. Located in the BNY Mellon Center at One Boston Place, on the 26th floor, the building

After five years absence, Winn-Dixie Baymeadows will reopen its doors tomorrow and reveal an entirely new store concept. With a focus on stunning quality food, serving with personality and great value

Looks like The Florida Mall will get an interior and exterior makeover as it celebrates its 30th anniversary this year. Scheduled to begin in May, the improvements will create a brighter, more inviting

The new Price Chopper in Watervliet received silver certification in the Leadership in Energy and Environmental Design program of the U.S. Green Building Council. The post Golub of Schenectady wins recognition

As news spread of the untimely passing of Architect, Zaha Hadid yesterday, it's evident that she made quite the impression on many C&P team members. Articles on her work and comments on the impact

As we monitor this fluid situation, we have implemented measures to maintain a healthy workplace, and continue to f… https://t.co/KzmuP8DXOe

The crowds might've been light, but that allowed us to have some quality conversations with those we got the pleasu… https://t.co/uo2iHjrYCE 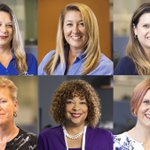 Proud to have these strong women as part of the firm’s leadership team. #InternationalWomensDay https://t.co/JjdQKHMtYd

Our #Philly and #Orlando teams are growing. Check out our #jobopenings https://t.co/l6D0wz2ZRl

Our #restaurant team will be heading to #Denver for @RFMA #2020. Make sure to drop by our booth and say hi, if yo… https://t.co/2CTZq9ZmNy

We took some time today to enjoy how sweet it is to have an amazing team of professionals at our firm. Celebratory… https://t.co/gSAwHucjrq 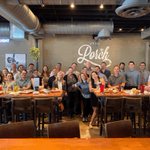 Relationship building at its finest with @HoarLLC and @LandDesign 🤝 https://t.co/IBNeUNROUc

We'll be in #Miami today at the @fiu School of #Architecture #CareerFair. Stop by the C&P table and see what we hav… https://t.co/Zq364pEIA4